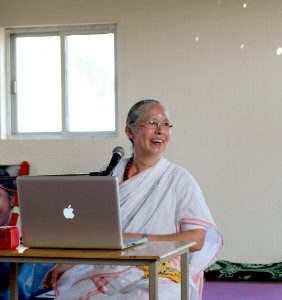 In a very short time, our beloved Amma got a hold of the story and thought it was the funniest story ever. The Malayalam speaking girls that were staying at Ron’s house told me how Amma was telling everyone at the house about the girl with the lollipop that rescued James the security guard.  I was told She would laugh and laugh telling the story.  I guess Amma was also impressed that I knew karate. Amma’s version of the story was that a girl was casually walking up the trail with a lollipop in her mouth; she saw a crazy man on James, walked up to the crazy man and hit him with her lollipop, and the crazy man went flying. Well, I guess every hero needs a weapon; so maybe that lollipop was really a mace.

This little drama was obviously Amma’s leela, and I was just a puppet in Her play. I know this because everything happened so effortlessly. I was like a spoon or a fork in the hands of the Master, doing but not really doing—only an instrument. My mind had been calm and present.  I had experienced no fears, anxieties or worries. I had not been thinking of the future and what might happen, nor had I been paralyzed from memories of the past, unable to act.  I was just there responding to James request for help, just in the moment.

Swami Ramakrishnananda Puri once said: “When you achieve something great know that it is the guru’s grace.”  This I know.  To believe that I was the doer would be the big mistake.  So I never personally went up to Amma to tell Her about my experience.  I tried to avoid my ego getting puffed up from it.

On the very last day of the tour, the tour staff had a picnic with Amma in Boston right before She was to leave for India. In San Ramon a very nice lady on staff had given me a paper award: the lollipop hero award. I thought Amma would get a kick out of seeing it.  So I carried this award on the whole tour all the way to Boston in the hopes of eventually showing it to Amma.  While Amma was busy serving everyone plates of food, I gave my award to Swami Ramakrishnananda to show Amma. He agreed. After we were all served and prayed, Amma asked some people to tell a story; first She asked Bhavani, then Ramana, and then Amma asked James to tell his story of the night in San Ramon. Amma said “karate” then James said, “Where’s Nirupama?  Where’s the award?”

Oh, no! this was my cue to hide behind my plate.  James then told Amma the story of how I had rescued him from that crazy fellow. Swami Ramakrishnananda then handed Amma that award.  She took it in Her hand and began to tell a story:

“There was a fire, and it was so big and strong and out of control that the fire trucks were afraid to go near it; fire trucks from all over came, but none would dare go into it. Suddenly, from out of nowhere, this one fire truck rushes straight into the fire. This gave all the other fire trucks courage, and they followed straight behind. Soon, they were able to put out the fire. The other firemen were so proud of the fire truck’s bravery that they wanted to give him an award. So they set up a big banquet on his behalf, and when everyone was there to show their appreciation to him for his bravery, they asked him to ask for anything he wanted.  When they asked, “What do you want?”  he replied, “I would like the brakes fixed on my fire truck!”

Amma concluded that he rushed into the fire because he had no brakes. Amma then held up my award and said, “Is this what Nirupama’s award is for?” No one said a word. Then it happened; I felt Mother Kali’s sword came flying my way. I sat there helplessly as Kali cut those traces of ego and pride that were attached to this experience. My mind raced to that evening, questioning my actions of that night.

Then Amma turned to James and said, “I asked you to tell your side of the story, and that fire truck story was meant for you.” James had no choice but to give his side of the story and how he got himself into that predicament. It was very funny and amusing and everyone laughed at his tale.  Amma then handed Swami Ramakrishnananda the award to read it out loud for everyone to hear. She then imitated me sucking on the lollipop.  She rolled Her eyes back and forth and from side to side like an innocent child, and then pretended to hit the bad guy with the lollipop. This made Her laugh, and laugh.  Amma had a great time with this. She looked at the award for quite some time with a big smile on Her face. Then, she announced to everyone the fire truck story was not about Nirupama.

Amma said, “Nirupama was courageous and did it with the same effort as sucking a lollipop.”

I guess Amma had to knock my ego down a few notches before She could compliment me.  Amma asked me to come and get my award.  I sat there frozen, my face still red from embarrassment. She then yelled out “Nirupama!!” I got up and fetched my award. Amma kissed me on the top of the head and handed me the award.

Guilty or not, we should learn to accept everything from the Guru graciously.

Is hereby declared to be a hero for

Losing her lollipop in the line of duty.

“To become a hero

Is to become a zero.”

Amma says, “Trust, simply trust in the Guru’s existence. Trust in a Perfect Master alone will help you drop the ego and all egocentric thoughts and thus enable you to embrace death lovingly. Live life beautifully. The beauty that permeates your life manifest in the beauty of your death. Yet, this beauty in life is possible only when you surrender to a real Master. Surrendering to a real Master is surrendering to the whole of existence. A real Master teaches you to accept everything that happens in life. He helps you to be thankful for both good and bad, right and wrong, enemy and friend, those who harm you and those who help you, those who cage you and those who release you from the cage. The Master helps you forget about the dark past and the bright future full of a thousand promises. He helps you live life in the present moment with all its fullness. He lets you know that the whole of Nature—everything, everybody, even your enemy—is helping you evolve and attain Perfection.”

I offer my humble pranams to my most beloved Amma, who is teaching me the power and beauty of being in the moment. 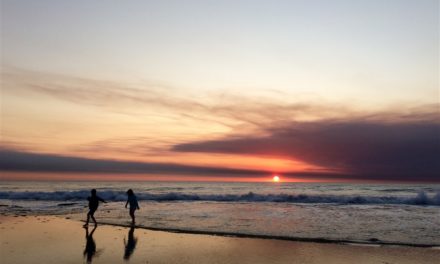 Perfection…And the Great Adventure of Life 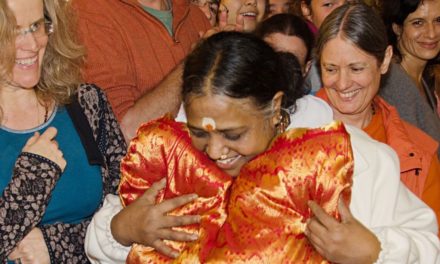 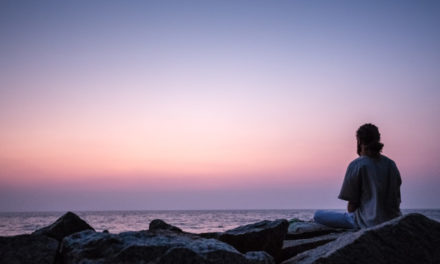 Many paths but One Goal, One Truth, One God 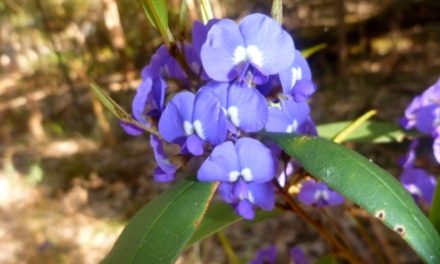 How Did I Get Into Amrita Yoga at Amritapuri