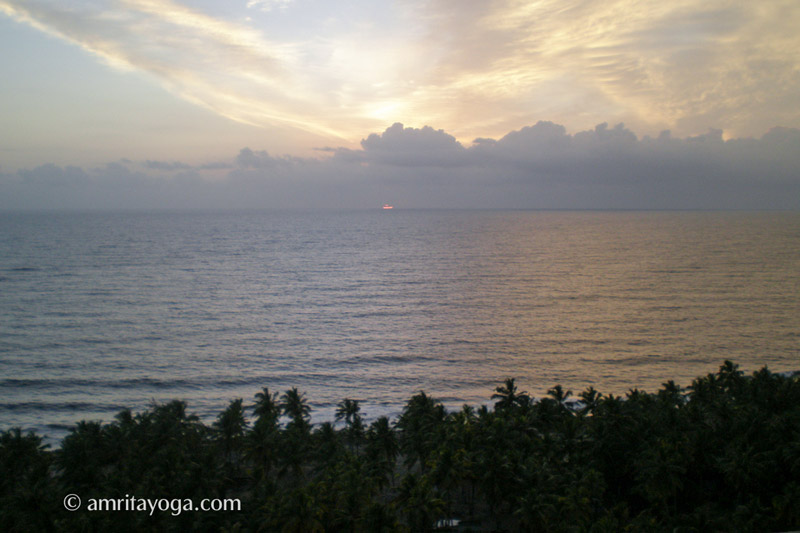 On June 21st 2016, International Day of Yoga will once again be celebrated the world over.

This celebration of Yoga was initiated at the United Nations General Assembly on December 11th 2014 by Prime Minister Shri Narendra Modi to remind the world that Yoga is a gift from the India to the world, one that unifies all people in harmony. As he stated:

“Yoga is an invaluable gift of India’s ancient tradition. It embodies unity of mind and body; thought and action; restraint and fulfillment; harmony between man and nature; a holistic approach to health and well-being. It is not about exercise but to discover the sense of oneness with yourself, the world and nature.”

Mata Amritanandamayi Math appointed by the Ministry of AYUSH and MDNIY

The Mata Amritanandamayi Math has partnered with the Government of India’s Ministry of AYUSH and MDNIY to plan, promote and support celebrating the International Day of Yoga.  Companies, schools and institutions throughout India are approaching the Math for support, and we are offering training workshops in Amrita Yoga.

Over the past few months, M.A. Math has been training Amrita Yoga Ambassadors in preparation for the celebration. M.A. Math conducted several training workshops in India. Hundreds of youth from the Amrita University campuses, ages 18-25 have been trained and sent out to the 101 villages adopted by the Math and to various schools and institutions to teach Amrita Yoga.

Training was also conducted for interested school teachers and general public encouraging them to lead a simple sequence on the upcoming International Day of Yoga.

Several important organizations have approached Mata Amritanandamayi Math for support to celebrate IDY events at their premises. The Bharat Petroleum Corporation in Ambalamugal, Kochi is celebrating IDY with 100 employees and 50 students from their CR school, and IISER-TVM Indian Institute of Science Education and Research in Thiruvananthapuram will be celebrating with over 200 students.  The Central Excise from Palakkad, Naval Command from Karwar, etc are to mention a few.

This year, M.A. Math and affiliates totaling more than 150 centers, over 80 institutions, projects and education centers worldwide are expected to participate in the International Day of Yoga.

The Math is supporting 22 states in India with a participation of more than 100 villages to participate in this event. An entire village in Chattisgarh has been trained to practice yoga and will continue to be trained as yoga instructors.

In 2015, over 65 Amrita Vidyalayam schools throughout India and all the Amrita University campuses participated in the first international day of yoga event.  Amma was in Santa Fe on June 21st, 2015.  She practiced some simple stretches and spoke about the tradition and benefits of yoga:  http://amritayoga.com/yoga-talks/ammas-message-for-the-first-ever-international-yoga-day/

Excerpts from Amma’s talk on International Day of Yoga 2015

“Previously, people did not need to have a special day for performing Yoga because Yoga was part and parcel of their lives. Unfortunately, now we need special a special day to remind us to perform Yoga, just as we need a day to remember our mother and father. In the olden days, people would wake up in the morning, bow down to mother Earth and then, facing the sun, they would chant prayers and perform Surya Namaskarah.”

“Yoga creates powerful spiritual vibrations. These vibrations positively affect both us, as well as others. It is like entering a perfume factory. Even after emerging, the sweet fragrance will remain on our body, pleasing both to others and us. When we perform yoga with complete awareness, it purifies each and every cell in our body.”

“The purpose of Yoga is for our inner well-being. It does not belong to any particular faith or religion. It was passed on to us by the ancient seers for the well-being of humanity. Yoga helps us to reconnect with nature and eventually become one with God.”

“The Power of Harmony” ‪#‎Yoga4Harmony

M.A. Math’s theme for IDY is “The Power of Harmony”, and all Amrita Yoga teachers and ambassadors are inspired to give satsang on this most important theme. The world is undergoing difficulties and challenges, and the global community is struggling to reconcile all issues and solve problems. Conflict always arises when there is a lack of harmony. Nature especially is disturbed and Amma often speaks on how nature is a reflection of our own Nature; when our minds are disturbed, so is Nature. This harmony between ourselves and Nature is a constant feature of Amrita Yoga.

When the mind and body and intellect are in harmony through Yoga, then the individual consciousness becomes united with the Universal Consciousness, the small ego becomes merged with the Supreme. This is the power of Yoga, from the samskritam yuj, the union of these two.

Amrita Yoga: a practical and scientific way to lead a balanced life

Amrita Yoga was directly formed from Amma’s sankalpa (intention) prompted by unconditional love and an attitude of service to the world. This school of yoga offers a holistic approach, focused on Awareness with heart-centered intention.

Amrita Yoga offers programs, camps and retreats in India, many countries in Europe, Northa America, Japan, Australia and other South Africa.  Various programs are offered to suit the needs of the people.

The mission is to provide a comprehensive yoga program that is rooted in the ancient yet practical spiritual principles, that enables students to cultivate a holistic attitude (mano bhavana), embrace practical Vedanta, and discover improved physical strength, mental equanimity, and enhanced awareness of their hidden abilities.

Students are encouraged to continuously apply experiences and insights gained on the yoga mat into their daily life by consciously witnessing themselves, accepting the different situations they encounter, and reflecting on their reactions.

Amrita Yoga team is an example of selflessness. All our instructors, administration staff, and support staff serve on a non-monetary basis to support and nurture this forgotten Indian tradition and culture.  This international group serves selflessly solely on a voluntary basis. The joy and beauty of selfless service surrounds every aspect and every moment of each of the programs.

Has Yoga Lost Its Soul? 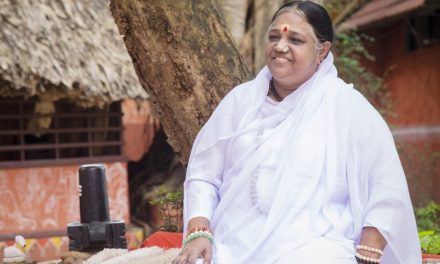 A Bridge to Know & Experience God 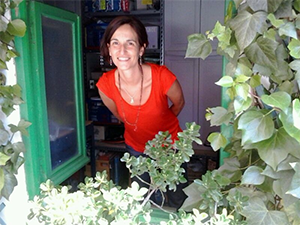 We Are Just Where We Are Supposed To Be 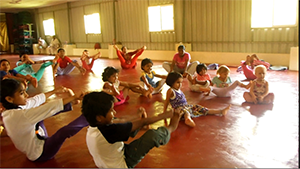