Shivaratri – A Peep into our Blissful Silent Nature 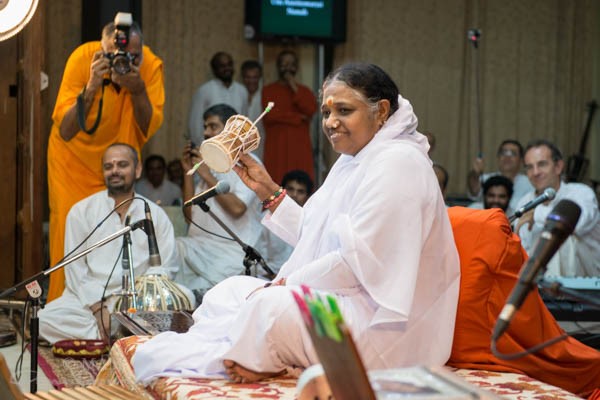 This year Shivaratri falls on the 11th of March. We must not think of Shivaratri as only the night of Shiva. Shiva is beyond both night and day and causes the operations of the innumerable stars and planets.

Shivaratri is that night on which we remember and offer our worship to Him by staying awake. Lord Shiva has taught us many valuable lessons. He cannot be won easily. One needs to surrender. 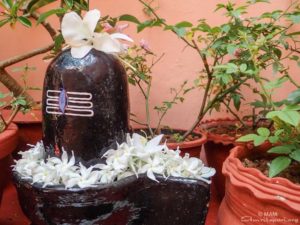 Vasanta Deva, the god of flowers and spring, and Kamadeva, the god of love, tried, with all their tremendous might, to help Goddess Parvati win Lord Shiva.

Kamadev was reduced to ashes, but later Lord Shiva blessed him to be reborn as Lord Krishna’s son, Pradyumna. Goddess Parvati was able to win Lord Shiva only by her total devotion and surrender.

Lord Shiva was unmoved when Daksha heaped insults on Him, but when Daksha so viciously insulted Sati Devi, Lord Shiva’s first beloved consort, later reborn as Goddess Parvati, that she leapt into the yajna fire, Lord Shiva caused Daksha to be decapitated.

The Shri Rudram and Dakshinamurthy Stotram refers to Shiva as Bhishak or doctor:

“Bhishaje Bhava roginam Namah”
I prostrate to the doctor who cures the disease of bondage caused by ignorance. 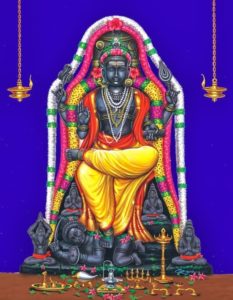 The doctor sometimes causes pain to his patients, but the scalpel is wielded by a compassionate heart. Such is Lord Shiva’s Trishula or trident. Having seen the X-ray, the patient consents to the operation. So too, our Guru will put us in situations where we can see ourselves and the negative qualities that have to be removed. However much we may try to remove them, ultimately it is only the Guru who can dispatch the real culprit, the ego. Guru is Bhishak, the divine doctor.

Now, our sense of ‘I’ is supported by the false foundation of the ego. Amma says “My children, you are not this ego, but the Atma Chaitanya, the Immortal Soul!”

A man approached an architect about reconstructing his house.
He said, “My house has a foundation and first floor. I want you to add twenty-four floors to my house.”
The architect inspected the building and said, “If you want a 25-floor building, I have to first demolish the existing structure of the house including the foundation. Then, I have to lay a stronger foundation that can hold the twenty-five floors.”
“No,” said the man, “You see, my family, my father, and my grandfathers have all lived here for a hundred years.”
The clever architect said, “You and your forefathers have been occupying the space inside this house. We are only going to demolish the structure. The space will remain the same. Indeed, no one can alter or demolish this space of your house. Thus, when the new structure is built, you will continue to live in the same space where your forefathers lived.
The man was relieved and was happy.
The architect got the contract.

Amma is the Engineer or Abhiyantri. For our Abhiyantri to shape us according to our aspirations, we need to allow Her to demolish the existing foundation and structure of our individuality, personality, and false identifications.

Many get frightened, lose faith, and run away. But the Kashchith Dheeraha, the few who are wise and courageous, have complete faith, and surrender to the Abhiyantri, who is our Guru, Amma.

Now, our sense of ‘I’ is supported by the false foundation of the ego. Amma says “My children, you are not this ego, but the Atma Chaitanya, the Immortal Soul!”

Real Shivaratri happens in the presence of Lord Shiva who is none other than our Guru, Amma. We must learn to invoke Her Presence wherever we are. It is Amma alone who comforts us and guides us into Shivaratri.

Our ancient Spiritual Masters did a thorough study of the existence of the individual soul. They found out who this ‘I’ really was. The scientist only researches the external world. Our Rishis analyzed the inner world. Through their deep reflection their question was answered. Their question was, “In deep sleep, when neither the body, the senses, nor the mind are available, how could one wake up saying how blissful and deep the sleep was?What was that ‘I’ that experienced the deep sleep and the total absence of the external world?

Thus, they enquired, meditated, went into deep silence, and consciously merged with the real ‘I’, which is beyond time and space, the Atma Chaitanya – the Amrita – the Changeless, Deathless, Absolute.

Ratri or night is the state in which the external world of forms disappears. Shiva means ‘auspicious’ – the pure consciousness or life principle in each one of us. The real Shivaratri is the innermost state of pure blissful awareness. The Shivaratri we observe outwardly is a mere peep into the blissful silence of our real nature. Like putting a baby to sleep with a lullaby that is first vocalized and then murmured, we silence our minds through the singing of bhajana, archana, japa, and mantra. From vocalizing the chant, we then only move our tongues as we mentally repeating the chant, and finally we are led into silence. Only our Guru can take us into the deepest state. Real Shivaratri happens in the presence of Lord Shiva who is none other than our Guru, Amma. We must learn to invoke Her Presence wherever we are. It is Amma alone who comforts us and guides us into Shivaratri.

When mud pots are broken, the mud remains, and when gold ornaments are melted, gold remains. Devi is Visvagraasa and Mahagraasa, the one who swallows the entire universe; She is Shmashana Vasini, the Glorious Goddess of the Charnel Ground, where all forms cease to exist; and she is Kalaraathri, devouring time that’s wallows everything in universal night. Nothing remains but consciousness.

Sadaavasantham Hridayaaravinde,
Bhavam Bhavani Sahitham Namami
I prostrate to Lord Shiva, along with Goddess Parvati, who resides ever in my Lotus Heart. 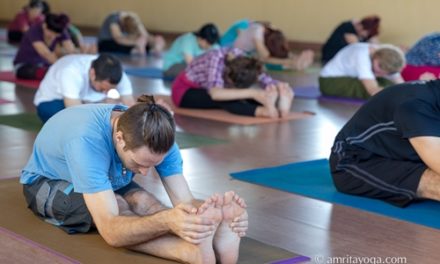 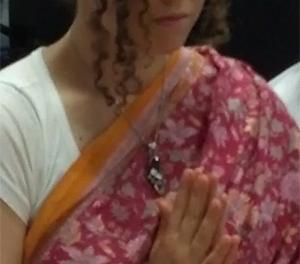 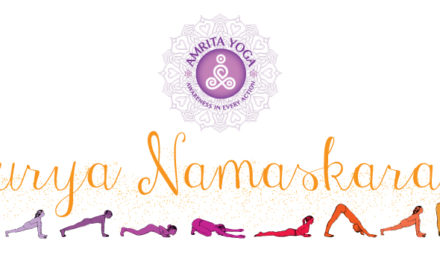 Can Amma explain the benefits of practicing Surya Namaskarah? 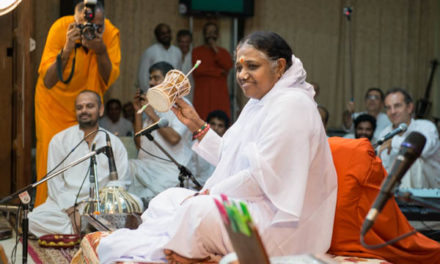