My Experience: Amrita Yoga is an Expression of Bhakti Yoga 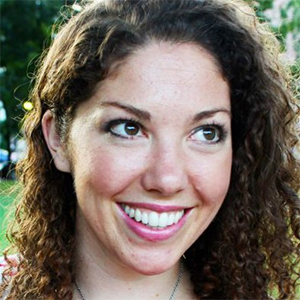 I love both Amma and yoga, so when I found out about Amrita Yoga, it felt like the answer to my prayers. Before I met Amma at 25, I had been practicing yogasanas since the age of 18. I learned that yogasanas helped me to still my mind and calm my body and cultivate a sense of peace. Simply practicing yogasanas and pranayama (breathing exercises) was not enough for me though. I knew that there was something else I needed on my path. A few years after meeting Amma and developing a relationship with Her, I realized that the path of bhakti (devotion) really helped to uplift my life. Still, yoga continued to be a cornerstone of my spiritual practice.

Amrita Yoga is an integrated approach to yoga infused with bhakti, and I was fortunate enough this past February (2014) to participate in a 4-Day Amrita Yoga Intermediate Retreat. The theme was ‘Inner strength,’ and the 2 teachers beautifully weaved Amma’s teachings into the asana practice. The intensive cultivated a sense of acceptance in my practice, and a humbleness to surrender into child’s pose when I was tired. With Amma at the ashram and the wonderful instruction provided by the instructors, I felt exceptionally strong and integrated. It’s truly incredible what can be done in Amma’s presence!

The combination of movement with the mantra filled me with a deep sense of peace and love. Through the use of breath, movement, and mantra, my body felt ready to receive Amma’s grace. Furthermore, there was a feeling of Amma’s power running through my body, which integrated my spirit with my body and allowed me to feel inspired to serve and feel God at the same time.

At the end of each practice even now, the Amrita Yoga course has helped me to feel connected to my spiritual and physical core and also to feel deep love inside of me. I was yearning for the element of bhakti within my practice, and Amrita Yoga showed me how to combine my trainings and experience with the essence of love for the Divine, for Amma. Now before each practice I honor Amma with the Meditative verse “Dhyayamo” and throughout the practice I ask for Her guidance on which pose or series of poses to do. I also chant the ma-om mantra and imagine Amma giving me adjustments. It feels that She is right there with me on my yoga mat.

One of the most profound experiences during the Amrita Yoga course did not actually occur on my yoga mat though. The courses are set up to include seva, meditation, chanting, time with Amma, and satsanga. During one of the daily satsanga given by a Bramachari, there was a powerful story told that helped me to understand the deeper meaning of yoga.
He described the story of a man who was having a hard time due to the bankruptcy of his business and saw Amma on a commercial. He knew that he needed to see Her. After receiving his first darshan, he had the epiphany that everything belonged to Amma, even his bankruptcy, so the next day upon receiving darshan again he told Amma that She had a big problem because She was bankrupt! He also realized that since everything was Amma’s, his hotel that caused him to be bankrupt should be named in Her honor. He asked Amma for a name and after receiving it, the once bankrupt man grew to be very wealthy due to the success of “Amma’s” hotel. He literally gave all of his pain to Her and trusted that She would take care of his problem and She did.

I walked away from that talk feeling like Amma was taking care of all of me, even my vasanas (negative tendencies). I also felt like She was holding my negative thoughts and feelings in a space of love and that they were Hers and that She would take them away when I was ready to release them. After the Brahmachari’s talk, everything seemed a lot lighter that day, as I considered how it is all Divine, how it all belongs to Amma.

The Amrita Yoga retreat embodied these principles of both self-effort and surrender and showed me the inner strength that can come through this. I am incredibly grateful for Amma’s sankalpa (resolve) and the initiation of Amrita Yoga. 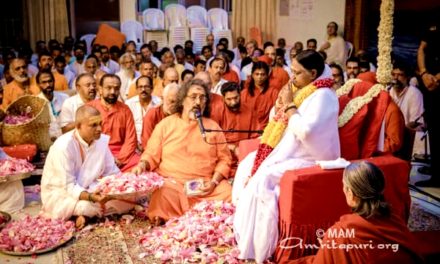 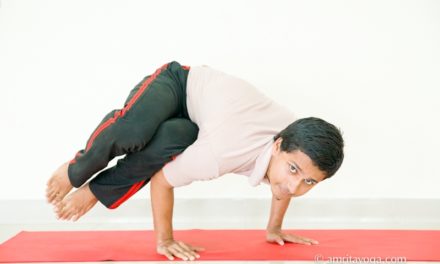 How to Practice Yogasana to make it Real Yoga? 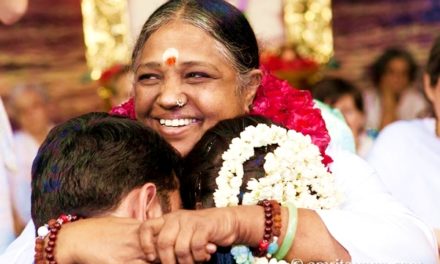 Childlike Amma, Who Eternally Sports in Her Play