Mothers Light Up The World 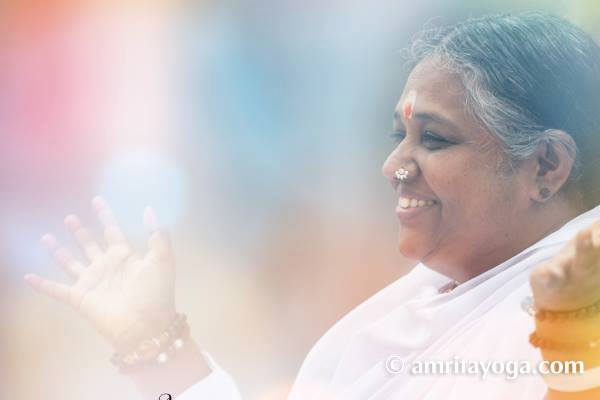 Mothers Light Up the World

Children, once when Amma was giving darshan, a youth came approached Her. He lived in a part of India that was ravaged by terrorism. Because of the frequent killings and lootings, the people in that area were suffering a great deal. He told Amma that he was the leader of a group of youngsters who were doing a lot of social work in that area. He prayed to Amma, “Please give those terrorists, who are so full of hatred and violence, the right understanding. And for all those who have faced so many atrocities and have suffered so much, please fill their hearts with the spirit of forgiveness. Otherwise the situation will only deteriorate and there will be no end to the violence.”

“. . .please fill their hearts with the spirit of forgiveness.”

Amma was so glad to hear his prayer for peace and forgiveness. When Amma asked him what made him choose a life of social work, he said, “My mother was the inspiration behind this. My childhood days were dark and terrifying. When I was six years old, I watched with my own eyes as my peace-loving father was brutally murdered by terrorists. My life was shattered. I was filled with hatred, and all I wanted was revenge. 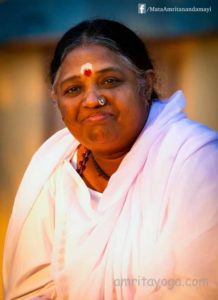 But my mother changed my attitude. Whenever I would tell her that I was going to avenge my father’s death one day, she would say, ‘Son, will your father come back to life if you kill those people? Look at your grandmother, how sad she always is. Look at me, how difficult it is to make both ends meet without your father. And just look at yourself, how sad you are, not having your father with you. Would you want more mothers and children to suffer as we do? The intensity of this pain would be the same for them. Try to forgive your father’s killers for their terrible deeds, and spread the message of love and universal kinship instead.

“When I grew up, people tried to get me to join different terrorist groups to avenge my father’s death. But the seeds of forgiveness sown by my mother had borne fruit, and I refused. I gave the youngsters the same advice my mother had given me. This changed the hearts of many people who have since joined me in serving others.”

The love and compassion, rather than hatred that this boy chose to pour into the world, stemmed from the wellspring of love in his mother.

It is thus through the influence she has on her child that a mother influences the future of the world. A woman who has awakened her innate motherhood brings heaven on earth wherever she is. Only women can create a peaceful, happy world. And so it is that the hand that rocks the cradle also holds the lamp that sheds light upon the world.

Woman is the creator of the human race. She is the first guru, the first guide and mentor of humanity. Think of the tremendous forces, either positive or negative, that one human being can unleash upon the world. Each one of us has a far-reaching effect on others, whether we are aware of it or not.

The responsibility of a mother, when it comes to influencing and inspiring her children, cannot be underestimated. There is much truth in the saying that there is a strong woman behind every successful man.

“There is much truth in the saying that there is a strong woman behind every successful man.”

Wherever you see people who possess a great measure of understanding, sympathy, love and compassion towards the suffering, and who give of themselves to others—there you will usually find a great mother who has inspired them to become what they are.

In her 2008 speech entitled “The Infinite Potential of Women,” Amma speaks about women’s compassion in times of war:

“People feel innately that if a woman rules, riots and wars will be avoided. A woman would only send her children to the killing fields after careful consideration. Only a mother can understand the pain of another who has lost her child.”

This is the same theme as her famous address at the UN in 2002: The Awakening of Universal Motherhood. Amma says that the forthcoming age should be dedicated to reawakening the healing power of motherhood. She says it is the only way to realize our dream of peace and harmony for all. She calls this love that overflows all boundaries Vishwa Matrutvam–Universal Motherhood. Amma says that both men and women can permit this flowering of love from within. She urges women to never abandon their intrinsic qualities of motherly love, compassion, patience and selflessness.

At the end of her speech, Amma met youth leaders from many countries where conflict is a daily reality. They were from countries such as Afghanistan, Iraq, Iran, Pakistan, India, Sri Lanka, Tibet, Nepal, Cambodia, Laos, Taiwan, South Africa, Nigeria, Mexico, Israel and Palestine. Amma praised their spiritual inclinations and their desire to help foster peace in their countries. She advised them to remember that human effort alone is not enough for their endeavors. Without Divine Grace their plans will not come to fruition.

“. . .without Divine Grace their plans will not come to fruition.”

“Be humble.” Amma said to them. ”Remain a beginner till the end, like a child endowed with tremendous faith and patience.”  She urged them to move forward and work hard. “There is a lot to learn. Let us do what we can. May God’s grace bless us all.” 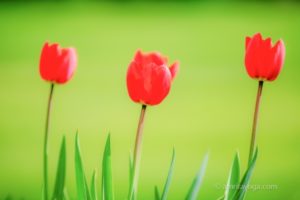 A famous actress asked Amma: What is the purpose of Divine Motherhood?
Amma: It is an attitude of mind-expansiveness.
Actress: How do we gain it?
Amma: It is not different from us. Neither is it something to be gained from without. That power is within. When you realize this, Universal Motherhood will spontaneously awaken in you.

“That power is within. When you realize this, Universal Motherhood will spontaneously awaken in you.”

It should be the goal of every woman to become such a force and thus shed light on the world. The power of motherhood is the unique privilege of women. This is something we should never forget. 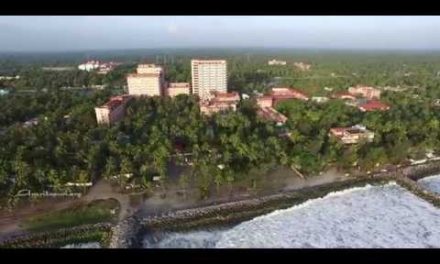 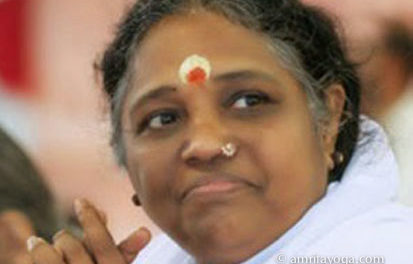 Amma’s Address to the First ‪International Day of Yoga (IDY) 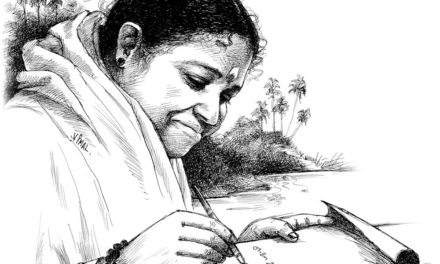 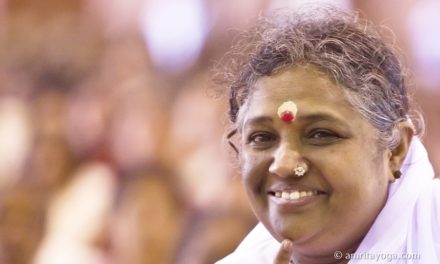